Hi sir Klafuric, massive thank you to give us some of your time. What are your ambitions and your next future club challenge ?

Thank you for thinking of me for this interview. I am looking for the next step in my career to confirm my previous work and success. My goal is to express my football philosophy, playing style and coaching methodology in a club which is organized, with clear vision, mission and goals. I would like to promote young players and fit in club tradition, local mentality and previous style of playing. And, of course, continue winning trophies.

I have worked hard in every phase of my football career. I built my knowledge, gathered experience and learned from the age of 26. I went through all age groups, competition levels, talent development (as one of the best coaches in Dinamo academy, one of the top football academies in the world) and senior football stage. I have experience in the Champions League in Europe and Asia as an important part of the coaching staff. I have upgraded that as a head coach of the Croatian club HNK Gorica, that managed to get into Croatian 1st league and afterward winning the double crown (season 17/18) in Poland with Legia Warsaw. That said, it is obvious that I have big ambitions and believe everything can be achieved with a lot of work from the whole squad and coaching staff.

I am looking for a club that wants to play modern football, with a progressive possession in every phase of the field. Many players reached their peak and played amazing football when they played in my team. I believe in young players, I like to give them a true opportunity and believe that the quality aspect is the main one, not the age dimension. What is really important for me is to feel true support and belief in my work and the whole staff. I am not the type of coach who asks to get a player for 20 million EUR, but to get players who have the right character and approach, and afterwards time to implement a right style of play. 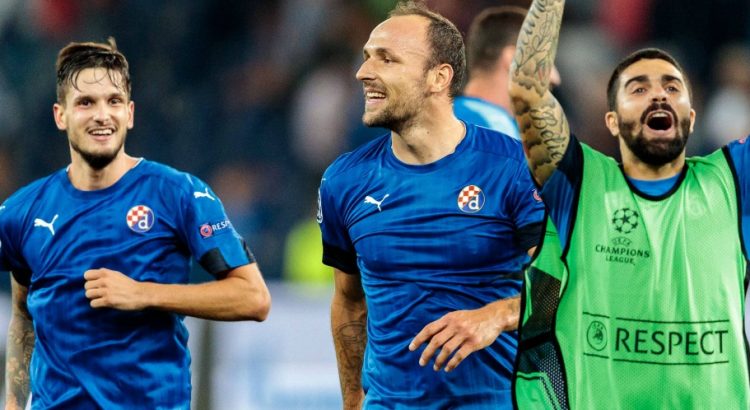 You were champion with Dinamo Zagreb, one of the top club in football formation. How can you explain that Croatian football doesn’t win European trophy this last years ? (C3 //C1)

Even though the Croatian national team is the World Cup runner up and Dinamo this season achieved great success in the Europa League, people abroad can’t understand the complete situation in Croatian football regarding conditions and real poor club budgets. Because of this Croatian clubs can’t be competitive with other European top level clubs in European competitions. So, Dinamo’s success this year is actually amazing from our point of view. I respect and totally agree with my idol Johann Cruyff’s thought: „Why couldn’t you beat a richer club? I’ve never seen a bag of money score a goal.“ Regarding Croatian football it is also very important to know that Croatia is a very small country with just 4.000.000 inhabitants. 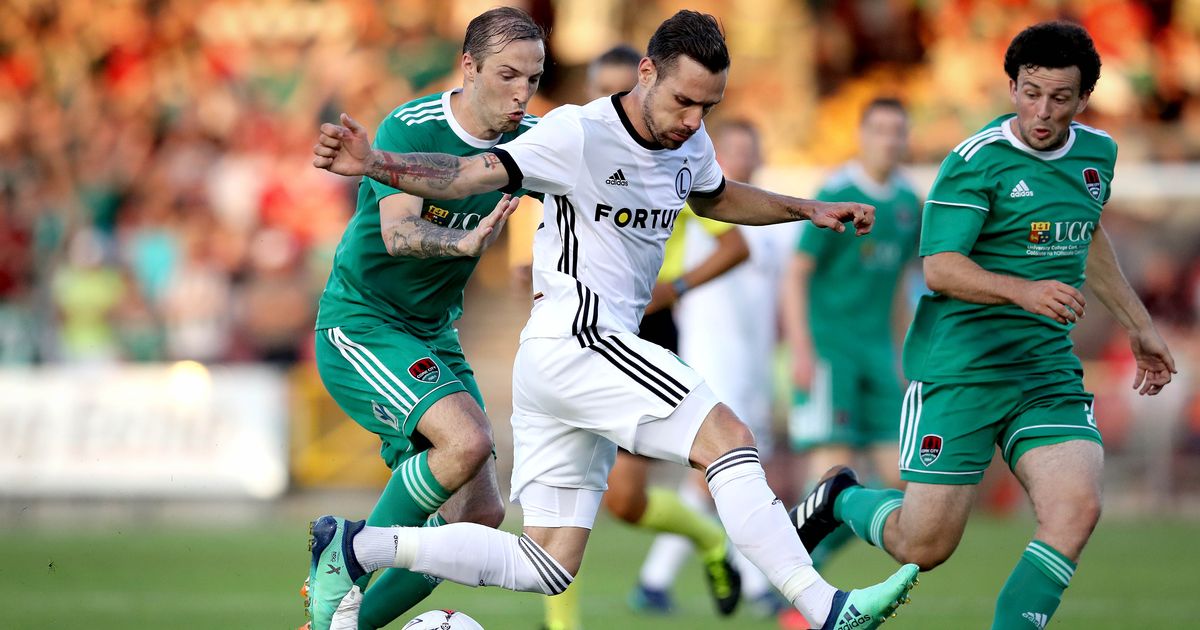 Your won in every clubs you meet. In your mind, what are the keys of winning ?

In my opinion, the keys of winning are: teamwork above all, not just from the players and coaches side, but from all club employees. Everyone must work and co-operate together day by day following club vision, mission and goals and respect each other in order to achieve success. In addition, coach’s processes are very important as is coach’s adaptation to players and club environment. The head coach needs to set up clear rules, demands and to be consistent and fair with them throughout the entire season. Finally, the head coach needs to establish quality communication between all employees, especially with board members and supporters. 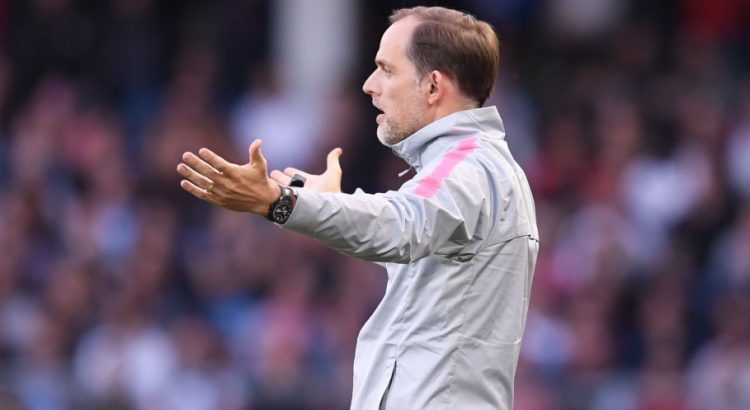 Here in France, the Paris Saint Germain is crossing a big crisis. How can you explain they often loose in 1/8e final of C1 ?

PSG played really good football in the beginning of the season. I respect coach Thomas Tuchel a lot. You could clearly see his Football philosophy and his playing style. Previous seasons PSG had a similar situation and we can say that history repeats. What is the reason for this, they need to detect immediately in the club. From my side it seems like the whole club is impatient and looking for instant success. Even though PSG has perfect coach and top players, with a great club budget, amazing supporters, a big city and one of the best football countries behind them, they still need to be calmer, more patient and enjoy football more. They need to focus on the journey and enjoy it, not only the final destination (trophies).

You win trophies but also formed many top players. How can you target this kind of athlete ? (Staff help, expert eye, experience, football system…)

First of all I look at football comphrension and then character and behavior of the player. Of course, this is not enough. Players need to work hard, but under expert eyes. Very important is the cooperation between coaches and individual approach to the players. Young players need their coach not just to be their coach, but to also be a father figure as support. Besides the coach, they need other experts, for example fitness coach, goalkeeper coach, and psychologist. Coaching approach must be flexible because young players change throughout the years mentally, physically and physiologically. Football system is not so important because there is no perfect system, everyone is good enough and in today’s football, teams use many systems, even in a single game. 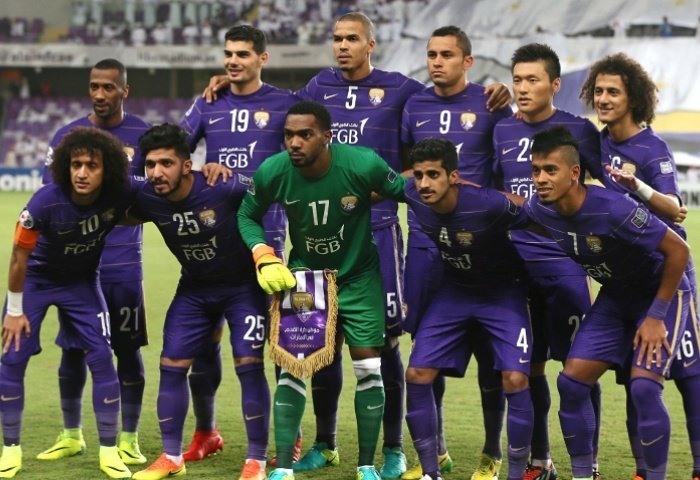 You have a big experience in Al Ain (2016 finalist Asian Champion’s League). What are the main differences between European and « asian » football ?

The main differences between European and Asian football are tradition and history. In Europe, football is not just a game; it’s a way of life. Secondly, Asian players don’t have sport ambitions, approach to training, habits and winning mentality like European players. This is where Asian football has a lot of room for improvement.

You coached national women’s team, what do you think about women football evolution ? Do you have a favorite team for the next World Cup ?

For me women’s football evolution is not surprising. I think that football in general has the most room for improvement in women’s football. In the last couple of months we have been witnessing record attendances at women’s football games, especially in Spain and the girls absolutely deserve it because of their passion, approach to training, persistence and love for football. My favorite team for the next World Cup is France, not just because they are the hosting team, but they play very good and efficient football. As always, favorites are USA, Germany and the Scandinavian teams, but could also be Spain, England and the Netherlands. 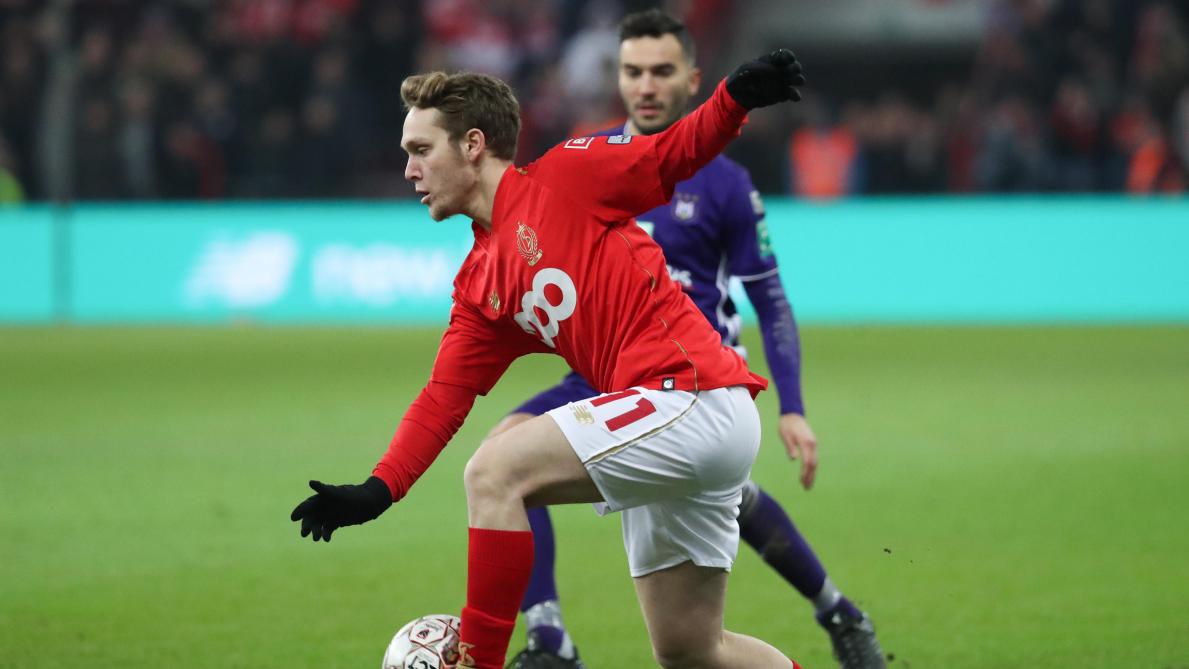 Allen Halilovic has been hired by Standard de Liege and hardly followed by Bordeaux. What do you think about this player in particularly ? Can he become the next leader of Croatian national team ?

Alen is a very talented and potential player. The clubs where he played confirm this. Dinamo, Barcelona, HSV, Las Palmas, Sporting and Milan are top level European clubs. In previous parts of his career he didn’t express his quality because of many reasons. Now it’s easy to be smart and say what he did wrong. You should have in mind that he also had many unhappy circumstances. I know Alen and his family quite well and I believe in him. I spoke with him in a few months ago and is very important that he realized his mistakes from the past and I think that clubs such as Standard Liege and Jupiler League are very good options for him in this moment due to style of playing and football mentality. Alen is the captain of the Croatian U21 national team and in front of him is the Euro Cup U21 in June, another good opportunity for him to express and show his big potential. In the future he can be one of the leaders of the Croatian national team, together with his colleagues from the current Croatia U21 national team like Brekalo, Livaković, Moro, Sosa, Šunjić and some younger players like Marin, Palaversa, Nejašmić… 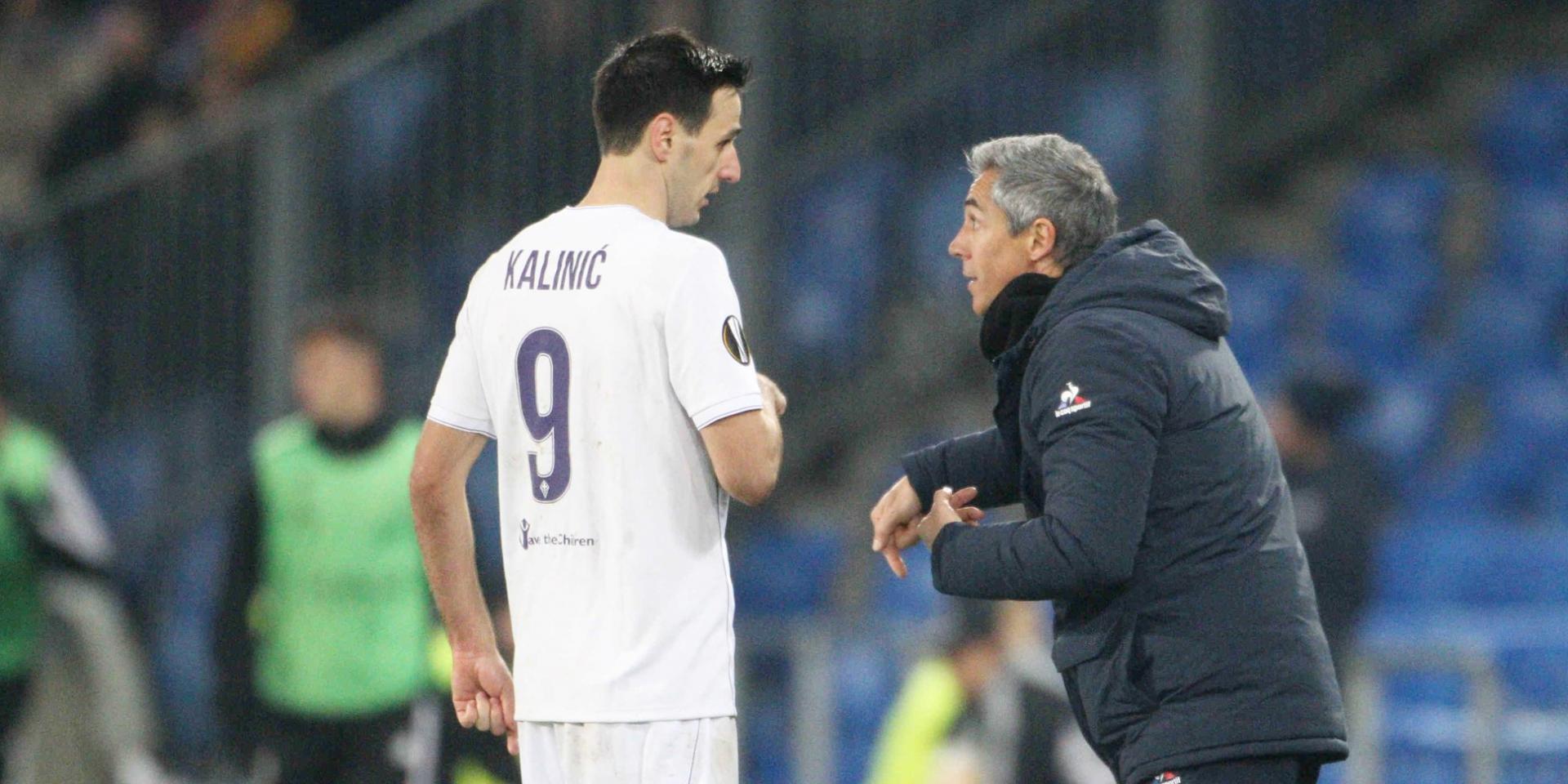 Paulo Sousa coached Nikola Kalinic and wish make him come in Bordeaux to provide his experience. For sure, you know this player. Could you tell us more about his game style and your mind about his potential coming in a club as Bordeaux ?

Kalinić is a typical striker who is physically strong, very good in finishing, especially in the box but not just as the scorer, he is also very good in combinations and cooperating with his teammates. His technical skills are quite diverse and he is a player with a good shoot, precise and strong too and header dangerous. He played his best football in Fiorentina under Paulo Sousa and if he comes to Bordeaux he will adapt more quickly because he is familiar with Sousa’s demands and playing style. 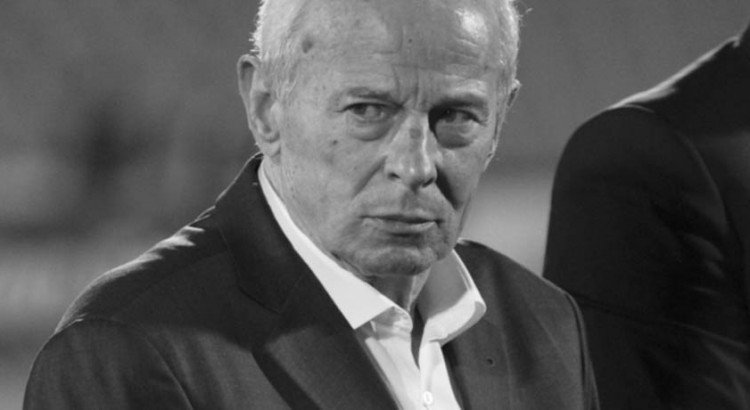 We have a huge tradition with ex-Yougoslavia players in Bordeaux (Vujovic brothers, Mujic, Pantelic, Vukotic…). What do you think about our club and of course Toma Basic, our middlefielder ?

I know Bordeaux from the 80’s led by the amazing midfielder Alain Giresse as captain and their games against Hajduk Split in the UEFA Cup and of course I know that the Vujović brothers, Pantelić, Vukotić and also Gregory Sertic who is of Croatian descent, played in Bordeaux. Also, I remember Bordeaux from the era of Zinedine Zidane in the 90’s and the final game in the UEFA Cup against Bayern Munich.

Toma Bašić is a clear example of Croatian football school, he is typical number 8 player, left footed with a very good shoot and set pieces, technically strong with good decision making. His path was not easy but he made it through hard work and he came to the big scene. He has proved himself in Bordeaux in a similar fashion and I think a bright future is ahead of him.

Working in our club academy could be an opportunity for you ?

Working in a club like Bordeaux would be a big challenge, but I worked for many years in the academies of HNK Gorica and one of the best football academies in the world, Dinamo Zagreb. That work pushed me into senior football and the last 4 years I’ve worked exlusively in senior football so I think that I have outgrown academy football. As I have already said, I’m looking for new challenges to continue proving myself in senior football. But near the end of my career I would like to come back and work with younger generations again. I know that one of the greatest Croatian coaches, the late Ante “Biće” Mladinić, worked in the Bordeaux academy. Maybe one day I’ll be like “Biće” Mladinić…

You can find the original interview with for leerosportnews.com under this link: